My Endgame Is More Than Dungeons

Monday night I was kidnapped (otternapped?) by my awesome friends from the OtterDown cabal to finish up my Elite dungeons in The Secret World. It’s only after completing those dungeons, and then beating the GateKeeper, that one becomes eligible to run the highest level dungeons in game – the Nightmare dungeons. I had a wonderful time dungeoning with the Otters (video here) and beat the GateKeeper later that night. My main is overdue and in all honesty overgeared for the fight so it was about time.

On the topic of being past due, a few of my friends were pretty confused. They know I spend most of my gaming time over in TSW, and they were wondering what exactly I’ve been doing if I hadn’t started dungeons at my level. Was I just chasing achieves? Running PvP? What exactly does one DO at endgame if not high level dungeons?! 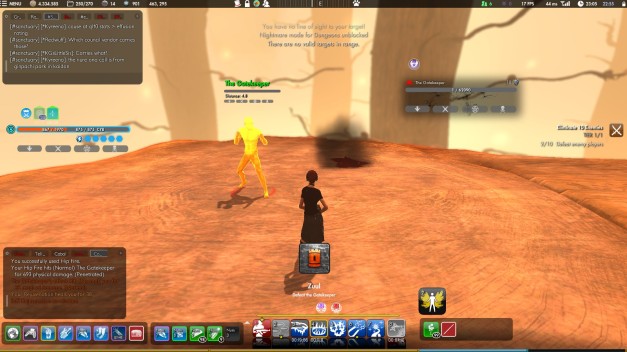 I suppose it is confusing, depending on what games you’re used to. I know in other MMO’s I’ve played, achievement hunting, PvP, and dailies were really the only non-dungeon content at or near endgame. It’s one reason I tend to get bored with endgame – with no insult meant to those players who are fine with only having those options. Some days I’m just in the mood for something more.

My version of endgame in TSW does include occasional PvP, but to be honest I don’t even spend half the time folks seem to assume I do. We’re talking once a month I get on a PvP kick for a couple days – and not because I don’t enjoy it, but because I get distracted by other things! I haven’t been running dungeons at (or below) level. I only occasionally get in the mood to work on achievements. And TSW doesn’t really have endgame specific dailies to run, at least not in the same sense many other games do. So what have I been doing with my time?

Erm. A little bit of everything? One of the biggest reasons I got into TSW was that it gave me a lot of variety in how I could spend my time ingame, and that hasn’t changed since starting on endgame endeavors.

Unlike most games, TSW doesn’t block off (most) old missions once you’ve progressed beyond them. I say most only because before Tokyo, we were unable to replay main story missions. That still leaves a huge amount of regular action, investigation, sabotage, and side missions. The missions also never stop awarding XP and Pax – I could run missions from the very beginning of the game and still get rewards that (though comparatively small) are useful. There’s no trash loot in TSW, so any items I get from missions can be broken down into craftable materials. More importantly – to my way of thinking, at least – since the missions tend to be well crafted and interesting, I legitimately enjoy both replaying them and going hunting to see which ones I’ve missed. While in many games the missions are just things to move past as quickly as possible to level up, these missions tend to be experiences I enjoy.

Some missions that are a bit below my level also award special currency that can be used to buy equipment that IS closer to my level, or signets that are always useful to own or sell. I’m primarily thinking about the missions from Issues 5, 6, and 7; but those aren’t the only ones. 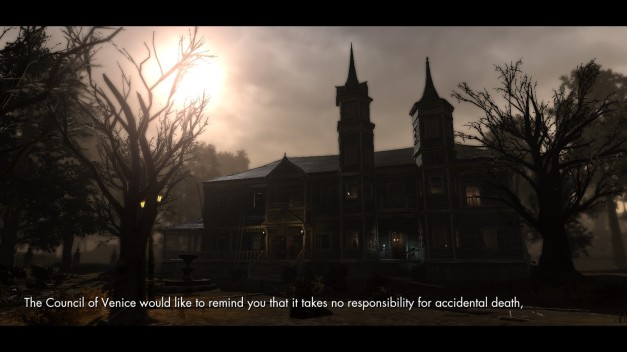 I’m also finally warming up to Scenarios. For those who don’t play the game, Scenarios are part wave defense, part seek and preserve missions with each one lasting about 20-30 minutes. We’ve been told there are more types of Scenarios in the works, but I’m rather enjoying the ones we have now. A big part of why I started is that you have the choice of running them solo, duo, or as a group. What that means to me is that those nights I don’t feel like group content (hence being so slow to get into the dungeons), I still have endgame appropriate solo challenges that are neither regular missions nor PvP, but something different.

Each Issue released thus far has also included solo story content. I’m so used to that in this game that I forget how many games focus on only giving dungeons and simple daily missions in their expansions. We’ve been told that a dungeon heavy Issue is in our future (and also one focused on PvP) but it’s so awesome to me that new content includes so many things I can do even by myself.

I suppose I’m making it sound like I never like group content, and that’s really not the case. It’s more that I like having variety and options in my gaming. If I *want* to run a dungeon or a group Scenario, it’s great that those options exist. But if it’s a night that group stuff either doesn’t sound appealing or would be hard to coordinate because of the possibility of real world interruptions…yeah, this game gives me plenty to do all on my own.

2 comments on “My Endgame Is More Than Dungeons”