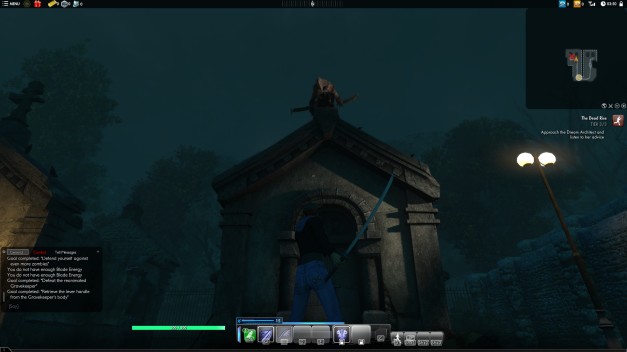 Holy crow…pun possibly intended…the Head Start launch of Secret World Legends is nearly upon us! \o/ I really can’t think of a better reason to shake the dust off LFGryph and get a post up.

I WANTED to record a video but life got in the way. 😦 In lieu of a video, I’m going to livestream a bit as soon as possible. Head Start was recently announced planned for 4:00pm EDT today…BUT I work at 3:00pm EDT and a close/open to boot. So stay tuned, I’ll stream as soon as it’s feasible! If anyone doesn’t know, there’s also a dev stream planned, currently for 2:30pm EDT, though I’m guessing that’ll change with the new Head Start time.  (ALL times subject to change, this is after all a launch day!) I’d watch the official Twitter account, rather than assuming my post is up to date!

I’ll try to do at least a few more posts on the relaunch, SOON(tm). I’m going to mention a lot of things today, but I’m sure won’t be able to go into as much depth as I’d like. I’ve been such derp between sick, work, and spending time gearing up for our last TSW Beyond the Veil podcast last night (which you should listen to!).

I’ve made no secret of being excited about the revamp and relaunch of not only my favorite MMO, but probably my favorite game of all time. It was scary, yes – change always is. Among other fears, I was very much on Team OMG What About All My Cosmetic Items!!11!!1eleventyone! at first. *coughs*. I’m also one of the players who honestly enjoyed the combat as it was (even AEGIS, yup) and was (and still am)  just generally more than satisfied with The Secret World as it stands.

At the same time? I always knew TSW wound up as a niche game – which seems especially weird when Stranger Things, American Gods, and The Walking Dead have all become hits in mainstream media. The STORY in this game is beyond amazing, and I never quite got why it didn’t catch on more. I replay this game like I reread my favorite books, and for the same reasons. 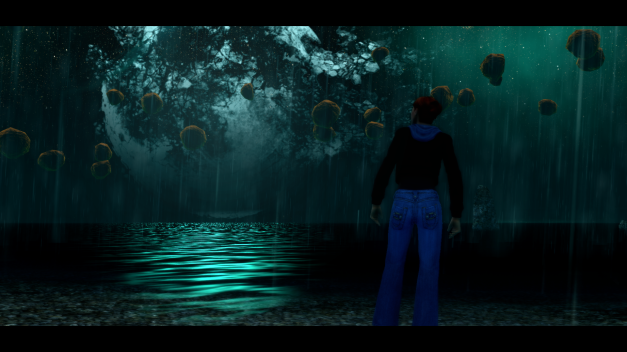 Except, part of me did get it. I’d read enough public feedback from players saying the combat felt off, or they got stuck in [area] and gave up, or they got ingame and didn’t know what to do. For myself, I was never adverse to checking in with the forums, or the player-run ingame help chat Sanctuary, or TSWDB…but I understand not all players want to “have” to do that. I understand what felt fine for me in combat might not feel fine for others. Where I love the Ability Wheel, it can be intimidating.

It should have said something to me that whenever I had a friend interested in playing, I immediately offered to help them start out, and/or give them links to helpful resources in case they got stuck. There’s always been the fear, more than for other games I’ve played, that my friend would get stuck early on without a little extra help and guidance.

It’s already been made clear by Funcom that one of the goals of the relaunch as SWL is to improve accessibility, combat, and other parts of the game players regularly complained about. I think they’ve succeeded in this admirably, without losing any of the heart of the game. Believe me, if it didn’t feel right anymore I’d say as much…actually, no, I just wouldn’t bother typing up a post when my site has been fallow for nearly a year. 😛 I also wouldn’t be planning to stream the hell out of SWL when my Twitch has been equally fallow for ages. 😉 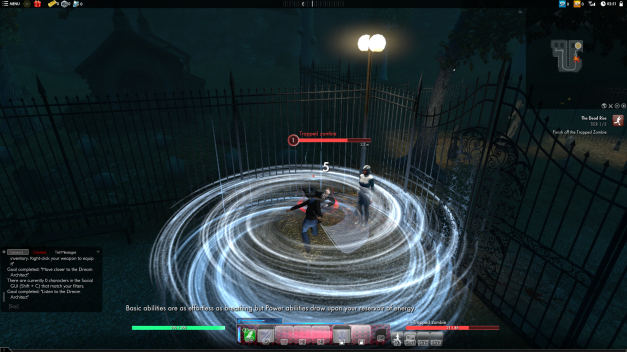 Honestly, I don’t care to specify how long I was or was not in beta for SWL. I was lucky enough to be in there, and deeply wish I’d had more time to play while I was. What I DO want to mention – because it very stood out for me – is that during my time, the devs were amazingly responsive to player feedback. I can look at things in the finished game, and remember players (sometimes including me, but certainly not always ^^) requesting this tweak or that change or wouldn’t it make more sense to approach [thing] this way?

I mean yeah, the point of a beta is that feedback and tweaking, but I’ve been in beta/Early Access games before where the results of said feedback seemed rather less impressive. For SWL, it definitely wasn’t only about bug fixes. The devs clearly listened to and cared about player feedback about how things felt to play. Considering how responsive they’ve always been in TSW, this thrilled me but wasn’t really a surprise. 🙂

On a personal note, just being able to see and play the finished version was pretty amazing. I thought I’d be a lot more upset when it came down to it; starting over is hard. But from the moment I started up my new main, I remembered all the reasons I’d fallen in love years ago.

Ok folks, if it wasn’t already clear, I freaking love this game (meaning both TSW and SWL). When I say that, it’s always been primarily about the story, the NPC’s rich personalities, the creative missions, and the atmosphere. This game manages to present the modern day world in a way that somehow appeals to someone like me who usually prefers fantasy or sci fi in her gaming. I don’t DO modern day games…except for this one.

Playing through this game again not on an alt, but on a brand-new main is kinda amazing for me. I’ve slowed down, listening to the extended dialogue from NPC’s for probably the first time since my first character in TSW. Thanks to the computer my awesome bf (*waves*) build for me, I’m re-experiencing the game, from the start, at amazing graphic levels.

And wow, folks. When you’ve been playing TSW for years it can be easy to forget how absolutely gorgeous it is. How *every damn character* with extra dialogue options is worth listening to. How the writing is both supremely clever, and succeeds in pulling you ever deeper into the story, into the world.

The increased view distance likely helps with this, too. I should have gotten a better shot to illustrate that, but it’s also much better ingame with the cloud and fog effects going. 🙂 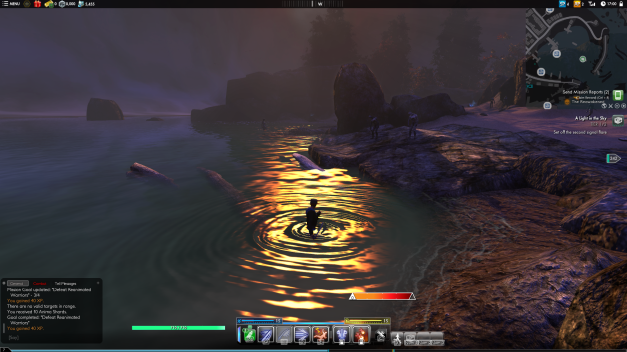 Obviously this is the big thing for those who have already played TSW and are unsure about SWL. Most of the big changes have been widely publicized already. Action combat, F2P, new weapon mechanics, a brand new tutorial section at the start…

I was one of those who had no issues with the combat in TSW. No, really. Yes, I even liked AEGIS.

Believe me, there *were* things I never completely loved in TSW but the combat…hey, it worked for me. As mentioned though, I fully realize TSW combat did not work for everyone.

I legitimately enjoy the changes so far. Yeah, I’m sad to see some things go (like the Ability Wheel). And I’ll forever be on Team Lore rather than Team Legend. (Though “Learn Legend” as a prompt somehow makes it feel better.)

I’ve mostly been plowing along with Blade/Elementalism on my brand-new main, but I experimented with other weapons in earlier beta. A lot of Shotgun, Pistols, and Chaos, less of other options due to time constraints more than anything else. Combat definitely feels more responsive to me across the board. I’m possibly not the best judge since – again – I liked the TSW combat already. However, after a shorter period of adjustment than I expected, the combat feels excellent.

There is a learning curve for TSW players in using the mouse buttons only for abilities, and the F key (or whatever you remap that to) for all interactions. For me, that’s canceled out by how much more fluid the combat feels; just know you might need a bit to get used to the change.

The beginning tutorials are much more clear than the older ones. I can look at this game now – pretending as best I can to be a new player – and say, “Yes, that’s a better introduction to get people going.” I think our NewBees are going to have a much easier time understanding the basics of the game, and thus will be far more likely to hang around. (Yay!)

New Agartha is gorgeous, and as much as I’ll miss whooshing from place to place, the jump pads are much easier to navigate. And while I don’t know that it’s gotten much attention, the new GUI is stunning. Otterdown recently started a video series talking about it which you can find here: https://www.youtube.com/watch?v=GlDqe48MGOs.

[This is one of the sections I’ll go over in more depth at a later date. There’s a lot to talk about!]

In Closing, As I Lose Coherence >_>

Secret World Legends launches officially on the 26th of June (Head Start for TSW players with accounts in good standing later today, and available on Steam in late July), and it’s free to play. Anyone who’s always wondered about the game, there’s really no reason not to at least give it a try. There’s a FAQ up on the website that covers most questions folks might have. 🙂

The Secret World Legends team also just released more info about about cosmetic item transfer between games, and I think they’ve outdone themselves: https://secretworldlegends.com/news/legacy-transfers/. I am currently planning to hold off my item transfer as I still need to buy up all of DarkSide. >_>

And now, more pictures! 🙂 Hoping to see you all – NewBees and OldBees in Secret World Legends, it’s definitely worth your time to check out.

This first image coming into Kingsmouth, I never get tired of it. In a new game, with the Lore (Legend!) still there, it’s even better!

THERE IS A DOGGO IN AGARTHA NOW. Also a kitteh, and probably more pets out wandering. 🙂 Considering they are close to the new Pet Matchmaker!

One of a couple new lovely RP-friendly areas in Agartha.

This line during the intro tutorial, for various reasons, always gets me. 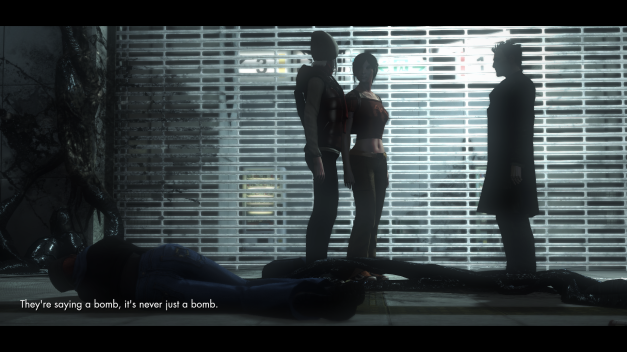 I very like what they’ve done with missions that involve trails. I’m one who has lost my way before, and in this version of the game the nights are MUCH darker.