Story and Text Based Games – People Make No Sense To Me 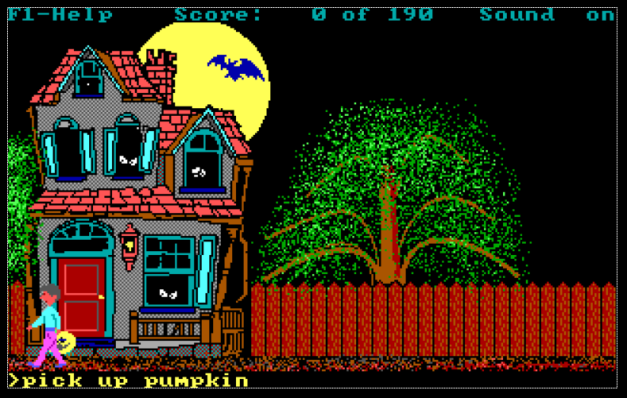 The topic of older games I love has come up fairly often in the past couple weeks. The Internet Archive released nearly 2,400 old MS-DOS games to browser, I talked briefly about my history with gaming as part of my introduction to Beyond the Veil, and Tyger over at Channel Awesome did a show about nostalgia in gaming.

Two of my early memories of gaming are playing Duck Hunt on the NES and playing Hugo’s House of Horrors in the school’s computer lab when I was a little older. When I look at those two memories, I’m intrigued by the differences. Duck Hunt is entirely gameplay, no story. Shoot ducks and develop a lifelong hatred of giggling dogs. On the other side, the Hugo games were text games – all story and puzzles. Solve the puzzles by typing in solutions, develop a knack for creative synonyms because good gad, can the dog please just do something with that meat, I know I’m supposed to use it here! Both fun, both games. I also have fond memories of feeling like I got away with something when my teacher allowed us to play a game (Where in the World is Carmen San Diego) during regular class hours. 😉

The only browser based I can happily and proudly declare I’ve played for years is Fallen London, formerly known as Echo Bazaar. This is also a very story based sort of game; they passed one million words some time ago. To quote their FAQ, that’s more words “than War and Peace, Lord of the Rings, or the King James Bible.” The PC games that really got me looking into PC gaming rather than console were Myst, Obsidian, and (the PC version of) Resident Evil. Story/puzzle, story/puzzle, and survival horror. I may have a slightly disturbing thing for shooting zombies and setting them on fire; but I also have a love for games that tell a story well, including through text. 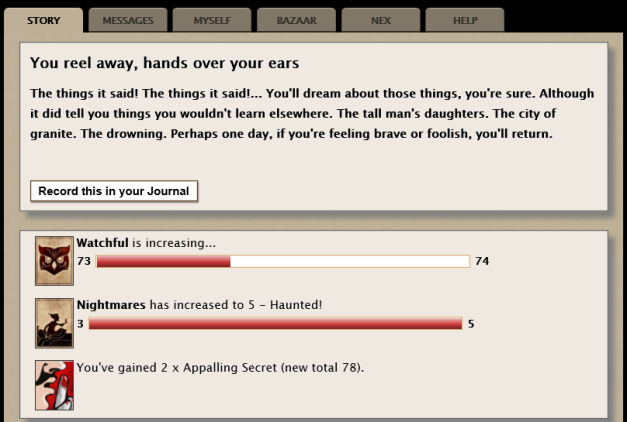 With that kind of history in gaming, it always makes me tilt my head a bit when gamers get in a fuss about modern story and text based games. These games are nothing new, after all. Even without my previous examples, you only have to look to the early MUDs which were most definitely text based. I’m not sure when some gamers decided to have collective amnesia about our gaming history.

I expect part of my ire with “not a real game” as description of a game you don’t personally enjoy is that it discourages growth, with its implication that only games that appeal to you and those with similar tastes “count.” I may not enjoy the Pokémon games, but I’ve never felt the need to imply that they are not real games or that there’s something wrong with people who do enjoy them. If anything, I’m interested in hearing why games I do not like appeal to other folks. I see variety in gaming as a good thing. To pull in a non-gaming hobby of mine, I’m quite glad books like “House of Leaves” exist to push the boundaries of what a book is. I want that same freedom in my gaming.

I know myself well enough to admit that the way this conflicts with actual gaming history also tends to rub me the wrong way, though. It seems an ineffective argument, rather than just an annoying one; as if the person making it cannot fathom either where games began or that other people may enjoy different things than they do. It seems the equlivalent of “lalala, I’m not listening” as opposed to actual discussion. You can dislike and find fault with a game without making yourself the keeper of true gaming experiences.