Filth and the Art of Motorcycle Maintenance: Mounts in TSW 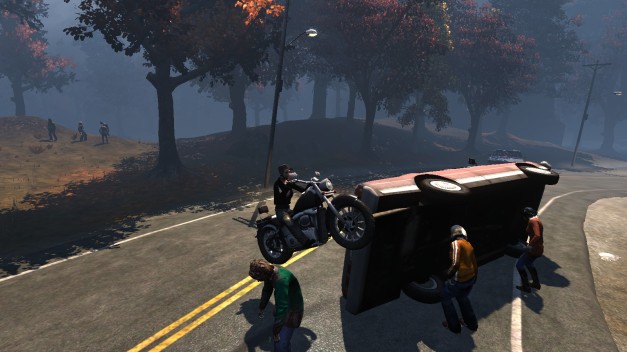 As some of you already know, one of the big deals in The Secret World this week was the patch that dropped today. Other than gaining a new mini-dungeon, achievement reward vendors, and assorted other things, TSW has added mounts for the first time.

Don’t misunderstand – we had a fast running speed, and recently they added map fast travel, so it’s not like everyone was crawling along at a walk. (Before we had map fast travel, we had cheap respawn fast travel, so there’s that, too.) The big deal is that they’ve decided to start giving us actual mounts and variety in our running animations. At the moment, we’ve got choices between using just a faster regular run animation, a motorcycle, or enhanced run animations (one involves flames). The actual speed upgrades are available both ingame and in the cash shop, some animations and mounts will only be available through the cash shop. I’ll mention that I think that’s an incredibly fair way to do things; if you don’t want to spend real money, you can still get the faster speeds.

I feel like it might confuse folks from out of the game that not all players are in favor of the mounts. Some folks are worried that we may start getting mounts that stretch their suspension of disbelief too far (and yes, that is possible in this game) or that the mounts will be too loud, too prevalent, or too distracting. TSW sits in a unique position of being an MMO that also values the solo experience, especially for atmosphere. It also must balance being a modern day MMO with its own lore – there are some “unrealistic” things that sit perfectly fine within the game’s world, and other things that would not. 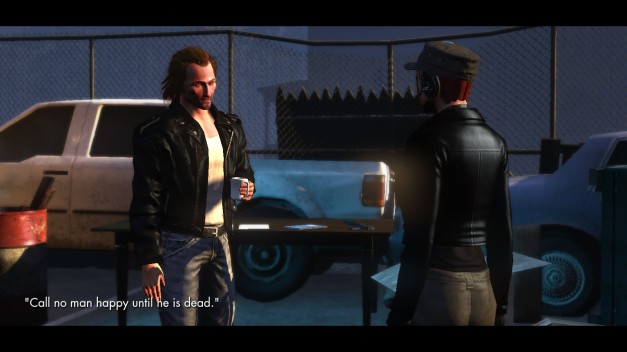 I’ve always been pretty neutral on mounts in the game. I feel like as long as I have a fast enough run speed, that’s the important part. I also have a lot of leeway for immersion, so a few folks racing by on motorcycles – or even a group – isn’t going to ruin my evening. I did purchase the motorcycle pack, but I don’t know that I’ll use it regularly – probably not if I’m going to be spending a lot of time offroad. If I really was making Illuminati money and was effectively indestructible you could bet money I’d have one, though. 🙂

Offline life got in the way of me spending a whole lot of time experimenting, but overall I’d give the upgrades a thumbs up. The mission we got with the motorcycle pack was cute, and it was nice hearing from Moose again. (I super enjoyed the mission turn-in message.) The new run speeds are faster without being overwhelming. If I had any worry it was that they’d end up being faster than I was comfortable with, but I’d say they’re just fine.

Part of having a working MMO is trying to make as many players happy as possible. It’s never going to be every player, and not every update is going to be everyone’s favorite. As much as I could have taken or left mounts in TSW, I’m happy for the folks who are excited about it, and I feel like they’ve been implemented well so far. I can’t really ask for more than that. Besides, having a motorcycle really helps my Columbia cosplay…