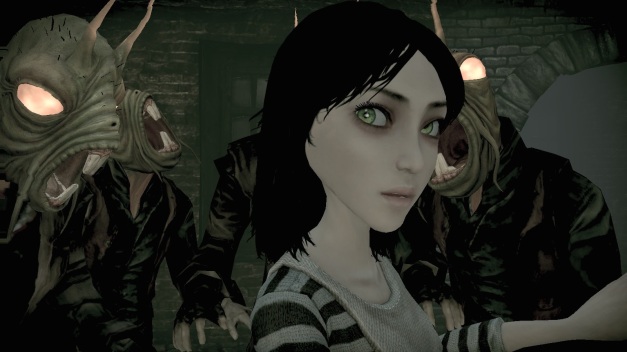 I fall in love again every time I play this game, I really do.

Alice: Madness Returns was released back in 2011. It’s an action/adventure 3D platformer based on a dark version of the Alice in Wonderland and Through the Looking Glass stories. (Fans of the original books will find plenty of callbacks and references ingame.) It’s also a sequel to American McGee’s Alice, which was released in 2000 for PC. The Steam page begins its description with:

Eleven years ago a horrific fire took Alice’s family from her and left her mind horrifically scarred. Afterwards she was confined to Rutledge Asylum, where she struggled to confront her demons by slipping further into her fantasy world of Wonderland. Now, after ten years, she has finally secured her release—yet she still bears the heavy psychological burden of that tragic event.

I’ve been a fan of the Alice games since American McGee’s Alice back in the day, and I remember being vaguely nervous when the new one came out. I wasn’t convinced a sequel could avoid being either nothing more than a repeat, or changing things up enough to ruin the magic. Luckily, the game managed that balance quite nicely. END_OF_DOCUMENT_TOKEN_TO_BE_REPLACED