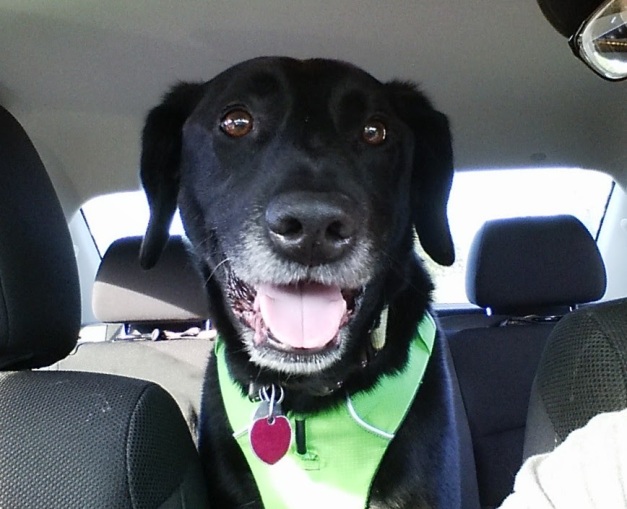 I’ve been trying to keep my social media updated so everyone knows I’m not dead, but I haven’t had much time for it to be honest. This is probably not a big surprise.

Nash and I both did the best we could to plan things out, and I had a lot of help and support from family and friends…but moving is still a big, complicated, tiring mission chain. Combine that with the thoughts and feelings involved when moving away from my offline friends and family and it’s been quite a week.

We just finished getting everything moved into the house, returned the Uhaul, and set up my desk and computer last night. Today has been pretty much the first day in a week – if not a month – that I feel settled enough to start gathering my thoughts. So here we go with a quick update:

END_OF_DOCUMENT_TOKEN_TO_BE_REPLACED

A very tired me does at least a few hours of Secret World Legends for Extra Life 2017. Started up a new Illuminati character that I hope to continue Soon (TM).

Moving Is Weird (plus Loki pics)

I don’t mean the million and one thoughts almost constantly running through my brain that pertain to logistics – though there is that, too. I’m coming up on the Final Week and ye gods, those thoughts are running through my head all the damn time. The most recent version of my To-Do list is in front of me on my desk right now.

What I meant, though, is in relation to the liminal space of…well, my entire life.

END_OF_DOCUMENT_TOKEN_TO_BE_REPLACED 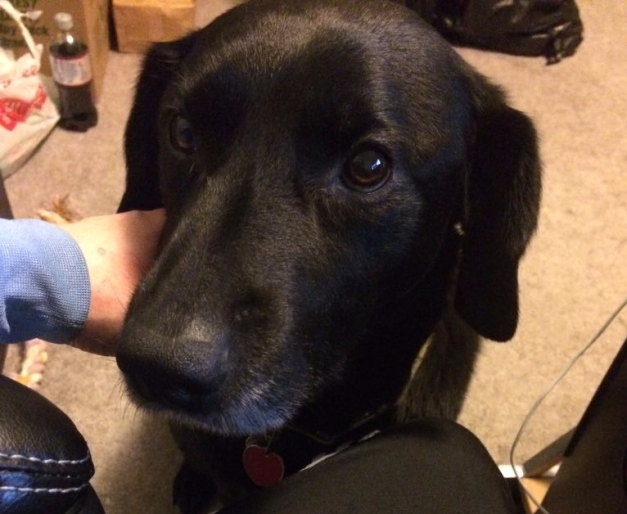 He’s so helpful when I’m trying to write.

First off, I miss this blog. I know I’ve said it before over the last year or so without ever posting anything BUT it’s still true. I’m kinda hoping I can keep momentum post-move and get back to updating more often. Maybe even on gaming, heh. (See also: streaming.)

That said, for the next month or two a lot of my babbling is going to be pretty focused on the moving thing, it being a huge life change and all. Partly that’s where most of my mind is, and partly I’ve realized I have friends on so many different social media platforms that this is the best way to keep folks who are interested up to date. END_OF_DOCUMENT_TOKEN_TO_BE_REPLACED

22 Days Until A Cross Country Move

Shirt reads: “When You Solo, Nobody Can Hear You Scream.” Also caught my Siberian Husky mid…erm…no longer being a doggo, as such.

I’m hanging out in Secret World Legends, waiting for Jack of the Lantern to pop again, and it occurs to me I’ve really REALLY wanted to blog about my impending move. I put it off because I’ve already neglected this blog for too long, and my move isn’t exactly gaming news. If I’m going to post again it probably ought to be about how I’m still loving the relaunch of The Secret World as Secret World Legends (despite legitimately missing AEGIS). Or about the SWL Halloween event I’m participating in as much as I can. Or about my experiences finally getting into Star Trek Online (very much enjoying it!). Or about how Cuphead looks so lovely, but I’m not in a place to play it right now and that’s a shame. Or I could even try to figure out what in the world I’m doing about Extra Life this year and maybe let everyone else know.

But hey, sometimes you go with what you really want to write about. Prepare for rambling, I have Many Thoughts just now.

END_OF_DOCUMENT_TOKEN_TO_BE_REPLACED

Look at that, livestreamed again! 😀 I still have no idea why, for a few minutes, I thought the Shadow Bound weapons (from the Kiss of the *Revenant* pre-launch ARG) spawn a Scarecrow instead of a Revenant. Will continue to blame being tired from long week at work. >_>

No word yet on if the GM’s can give me back the Shadow Bound Blade I stupidly used to empower something else, but I didn’t expect word soon. It was both my own fault, and isn’t game breaking; very sure they’re still busy with more important requests. Still, hoping they can restore it eventually!

Also: Bonus footage of Loki saying hi, and then trying to knock my chair over.

It’s up on Youtube now, yay! Ran around Innsmouth Academy for a bit, then progressed the story just barely into Blue Mountain. There are Loki cameos.

Was slow to get this on the blog, is my livestream from when SWL was still in Head Start, prelaunch. Audio was a a little borked at times, thankfully I have it fixed now. 🙂

As some of you might have noticed, I finally got some time to livestream Secret World Legends last night!!! 😀 I’ve been *so* excited to be able to do that…but my work schedule was crazy during Head Start, plus I’m recovering from an especially nasty cold. Many thanks to everyone who hung out. 🙂 It was a lot of fun for me to get back to streaming, especially with this game, and I hope fun for you! (I’ll get the stream up on Youtube sometime today, and post that here, too.)

I’d mentioned I was going to try to livestream a little today for the official launch, but I think too much is going to get in the way. My voice is still pretty bad this morning, so it’s probably smarter to give it more of a rest. I also noticed my audio was a little off last night, I’m going to need time to play around with OBS and see what happened there. >_> I’m not really going to have time for that since I need to spend today on last minute cleaning and prep for Nash flying in tomorrow. (You folks can thank him for building this pc, allowing me to stream SWL on Ultra graphic settings. ^_^)

While he’s here, I’m unlikely to stream, though I’ll tweet if I change my mind. And I should still be there for Beyond The Veil this Thursday. 🙂 Blogging is also on pause for the moment, unless I get a little time later tonight. (And yes, will set up a new Secret World Legends category Soon(tm).)

We’ll pick this up again in about a week, most likely starting from scratch with a new character. In the meantime, Djinn has been putting together a list of folks streaming or planning to stream Secret World Legends which can be found here: https://www.reddit.com/r/SecretWorldLegends/comments/6ila1m/secret_world_legends_streamer_index/. We have an awesome community, and I’m sure many of them will be streaming as much as they can!