Gryph is Playing Craft the World 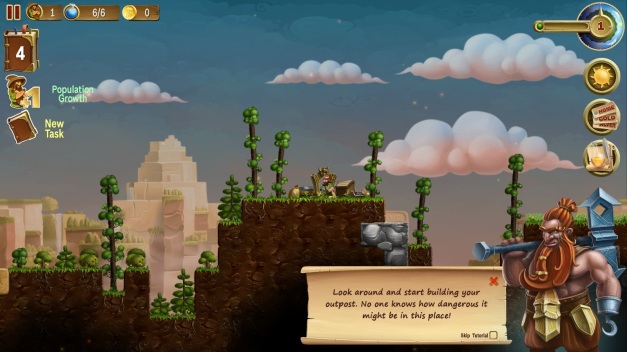 After getting frustrated with my internet last night, (The Right Round is NOT a fun mission to disconnect on. And yes, the problem was on my end, not TSW’s.) I decided to scan through my Steam library for something single-player. “Ohhey, Craft the World! I haven’t played in ages, wonder if it’s still fun?”

The answer is yes, yes it’s still fun and crazy addictive. I was on for about 4 hours, and it was 2am before I went to bed. >_>

From the Steam page:

Craft The World is a unique sandbox strategy game, the mix of Dungeon Keeper, Terraria and Dwarf Fortress. Explore a random generated world populated by dangerous creatures, build a dwarf fortress, gather resources, and craft all the items, weapons, and armor you need

Craft the World was released in November 2014, and is a kind of 2D, survival, crafting, strategy, tower defense game – or, as I like to call it, “Minecraft with Lemmings.” I’m going to be talking about Campaign Mode in this post, as it’s the one I’ve spent the most time playing. A Custom Mode is also provided for those who would prefer more control over their world’s creation.

You begin the game with a single dwarf, a stockpile to store things in, and a rather helpful tutorial. The more resources you collect, the more things you can craft, and the more things you craft the more XP you get, unlocking new crafting trees and increasing your dwarf population. As you open more crafting trees, you can outfit your minions with better weapons and armor, or even magic, as well as bolstering the comfort and defenses of your fortress(es). As the player, you additionally have access to certain spells of your own…it’s tough not to see yourself as a benevolent god, healing your people or summoning imps to do your bidding.

Crafting in this game is done a bit like the mobile version of Minecraft. To craft an item, you must first click on an unlocked plan, which puts images of what you need into the crafting window. The first time you make an item, you must click and drag each resource into the window before crafting, but after that you can simply double click the crafting button. 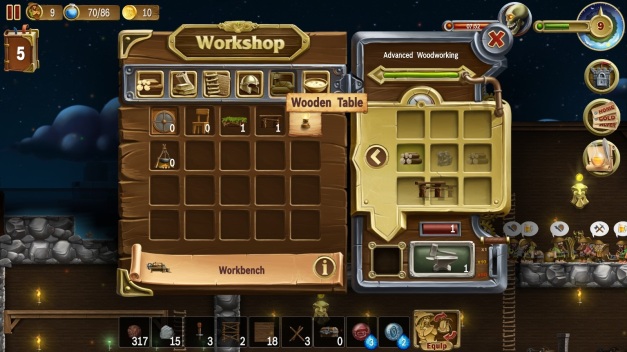 As you explore, you’ll soon notice the randomly generated world has various animals and baddies, some of which only appear at night while others are plenty active during the day. By way of an interesting mechanic, raiding hordes of baddies will come through portals and attack your dwarves at regular intervals, in addition to those who spawn naturally. These hordes get progressively tougher, encouraging you to level and build quickly before the next attack. An onscreen timer helps your planning in this regard, as do various traps you can craft.

Orders are given to the dwarves by clicking on whichever trees, rocks, minerals, or other resources you’d like to gather. This is also how you accomplish any building, with the dwarves getting items from the stockpile and then walking to wherever you’d like the item placed. While you can control the dwarves individually, it’s far more productive to give orders and then supervise. They will sort amongst themselves to see who does what task, and you can assign specialties (like logging, hunting, warrior, or mining) to individual dwarves by way of magic books they will occasionally uncover while mining. Many resources cannot be gathered all at once, even if you’ve crafted and equipped backpacks, so dwarves will often go back and forth from the stockpile a few times. It’s an interesting mechanic, and you cannot craft with a resource until it has been brought to the pile. 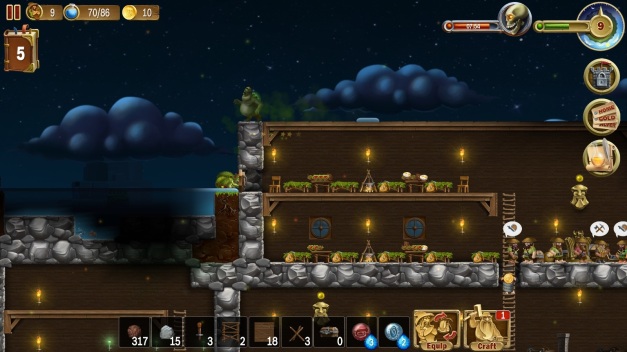 The dwarves each have their own health and hunger bars, which can be replenished by sleeping or eating. They will do so automatically when low enough, otherwise you can order them to do so (a wise idea when preparing for a wave of enemies). A neat note about sleeping is each dwarf must have his own bed, if you’re short beds one of them will refuse to sleep until you make him one.

There’s all kinds of other mechanics once you really get rolling – the comfort level of their home affects the dwarves’ regen rate. Some items are crafted by the dwarves at forges or workbenches and thus take time instead of being instant. Specialties can include anything from fishing to carpentry. You can create scaffolds, much easier to use than ladders when building as the player can place and remove scaffolds themselves instead of sending dwarves to put up ladders. There’s a great wiki up if you’d like a more thorough look at what you can do in this game. Otherwise, there’s a great information page on the game’s website.

One thing that grabs me about Craft the World is its pace and need for multitasking. With regular invasions, you can’t afford to sit around, but need to always be planning for that next wave. Since the dwarves are rather Lemming-like, it also helps to keep a general eye on what they’re doing lest one get killed by a goblin tribe. 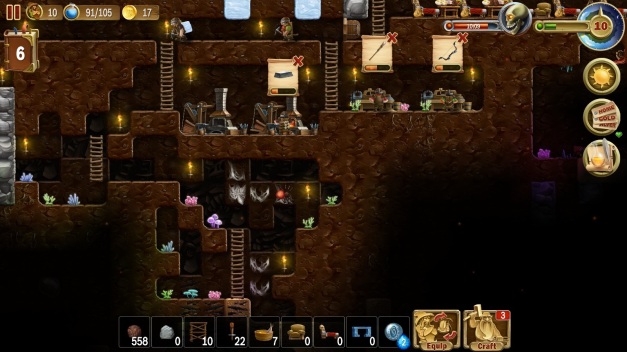 I’ve seen a couple players complain they’d like better dwarf AI, but it seems about right to me. Learning how to work with the AI is a part of the game, after all. (Or I played too many games of Lemmings as a kid, and appreciate that these ones are at least smarter than they are.) I’d expected to feel a bit bored or removed from the action by not exploring “myself,” but Craft the World keeps me plenty interested and busy.

After last night, I’m about 40 hours into the game and I’m barely past the first level in my longest game. (In Campaign mode, you have specific tasks that must be accomplished in order to unlock new, larger world types.) While it doesn’t help that I’ve restarted from scratch a few times even though the game allows multiple saves, it still speaks to this being one of those “easy to learn, tough to master” games. And did I mention the addictive part? Since there’s always something to do, somewhere to explore, something to prepare for, it’s easy to get sucked in for hours. Thank goodness the game has a pause button, or I might never step away once I get going. 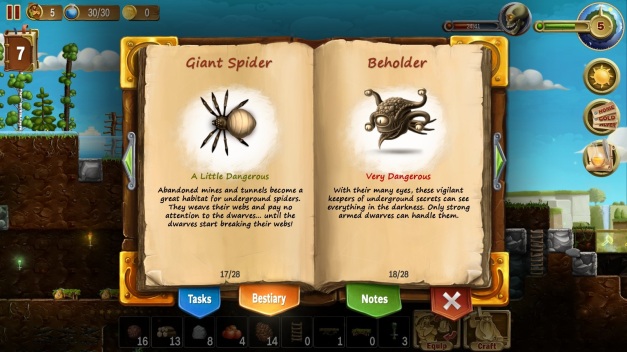