The Game That Changed My Life: Myst (#Blaugust 24) 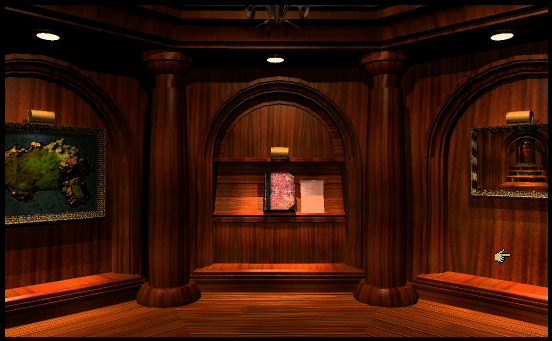 One of the most interesting writing prompts for Blaugust has been Aywren’s “The Game That Changed My Life.” I’m right on board with her about Final Fantasy IV (SNES II) being one of those games, but she’s done such a beautiful job with her posts already that I’m going to pick a different game. 🙂 I considered Riven, since it’s my favorite in the Myst series, but Myst was the one that started it all.

I’m almost positive Myst was the first game I played entirely by myself. All of my earlier gaming memories, whether on console or PC, I was with my younger brother. If it wasn’t a two-player game, one would play while the other watched. (This likely led to my current love of Let’s Plays and streams.) I must have played games by myself sometimes, but not often enough for me to even remember.

My brother is one of those gamers who can pick up a game and have it halfway mastered in a couple hours. I know he’s my brother and all, but he is scary good and scary fast at learning. I don’t remember being angry or jealous about this as a kid, but it did mean I often saw things while watching him play long before I’d reached the same point in my game. It’s not like he spoiled things on purpose, I just enjoyed watching him game.

Myst, though. Myst was my game from the moment I saw it. My dad had sent it to me for my birthday, thinking (correctly) that a reader like myself might be interested in a game that involved books and writing. I would have been all of ten years old when it came out, and that sounds about right for what I remember. I went into the game knowing nothing more about it than what was printed on the box.

I don’t remember my brother having any interest in the Myst series at all. Added to that, this game wasn’t one that lent itself to watching someone else play.

For one of the first times in my gaming life, I experienced the total immersion that comes with a set of headphones and no distractions. The lonely and strange atmosphere of the game only heightened this feeling. I was absolutely hooked, and felt a sense of immersion akin to what I felt while reading my favorite books. I wanted to explore every corner of this world, read every journal, and drink in every single part of the story.  Plus, I wasn’t playing a named character; this may have been the first game where I felt I was playing as myself. 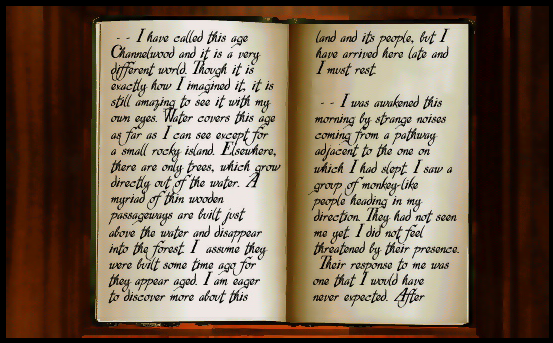 I was still at an age where the story of disappearing into another world was a familiar one. Some of my favorite books were the Chronicles of Narnia and the Wrinkle in Time series. The idea that in this reality, one could write a book that would create worlds was something that could have come from my own half-remembered dreams. (Well…later canon established they only linked to worlds, and did not create them. It’s complicated.)

Myst was probably also the first game I’d sometimes load up just to wander around. Not questing, not trying to beat a high score, just enjoying the atmosphere. I know the graphics aren’t super exciting by today’s standards, but at the time it was leaps beyond what I was used to. That combined with the complimentary sound design made Myst Island and its connected Ages places I wanted to spend time in.

While Myst wasn’t the first puzzle game I’d played, it was a genre I had little experience with. (Really, even if I had more experience, Myst was an entirely new thing.) Being able to get through a game by thinking instead of by practice and better reflexes was (and still is) extremely compelling. I’ve always liked problem-solving and trouble-shooting, really any time I get to try to connect different ideas in a new way.

Bear in mind that while playing the original game, there was no “jump online and find a walkthrough.” While I’m not horribly opposed to their prevalence and accessibility now, there was still something special about having to figure it out myself. I must have had access to the internet somewhere near the launch of Riven, though, as I have notes for the Riven Journals mixed in with the rest. (The Riven Journals were a series of online puzzles created to give out teaser information before the launch of Riven.) Unless my memory is faulty, walkthroughs still weren’t common or easy to find, though.

Besides the atmosphere and gameplay, I also fell in love with the story of Myst, and later the story of the series. I felt bad for Atrus, betrayed by the sons he loved, and I wanted to know more about each Age, more about Writing, more about everything! I would eventually buy all three of the Myst novels, both separately and in the later collected reader version. I have memories of eventually surfing a baby internet to find fansites and read fan theories and short fiction based in the world of the games. 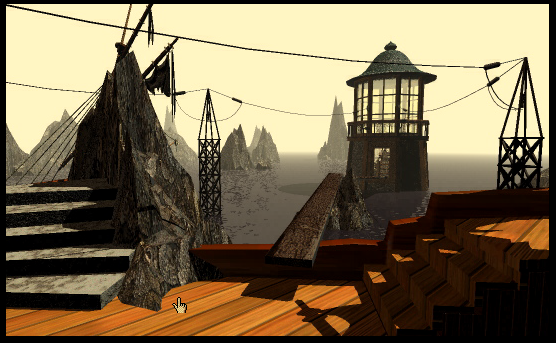 Today, I still have my original Myst journal, and sometimes play Myst Online: Uru Live (Again). I own multiple copies of most games in the series on disk and I also own them on Steam. I think my record is probably Myst itself, as it’s had so many remakes. Masterpiece Edition, realMyst, realMyst Masterpiece…

In 2013, the team responsible for Myst and Riven (Cyan Inc.) Kickstarted a new game. It’s planned to be in the style of Myst but not connected by story or location. It’s one of two games I’ve ever backed (the other being Sunless Sea, by the Fallen London team), and I’m very much looking forward to Obduction‘s release. While nothing can recapture the experience of playing Myst for the first time at ten years old, it’s still going to be wonderful to explore a new world from the team responsible for a game that had such a lasting effect on me.

While Final Fantasy IV taught me the kind of stories a game could tell, Myst taught me how immersive those stories could be.

[I often re-watch Dilandau3000‘s Let’s Plays of the Myst series. He does a stellar job, striking the perfect balance between allowing the viewer to enjoy the atmosphere without going so slowly it becomes tiresome. His commentary is full of Myst triva as well as further explaining the lore of the games. I highly recommend them, and he’s done equally wonderful playthroughs of other adventure games, like The Longest Journey.]